Professor Cameron F. Abrams from Drexel University is the winner of the 2015 CoMSEF Impact Award, which cites his work “For the development and application of enhanced sampling and free-energy methods for elucidating thermodynamics and kinetics of protein conformational changes and ligand interactions,” Cameron has been on the faculty at Drexel University since 2002 after completing a postdoctoral appointment at Max-Planck-Institute for Polymer Research, Mainz, Germany, PhD at University of California, Berkeley and his Bachelor at North Carolina State University.

Cameron received his award during the CoMSEF Plenary Session at the 2015 AIChE Annual Meeting, where he also gave a talk describing his research. The CoMSEF Impact Award is given annually to a CoMSEF member who is within 15 years of completion of their highest degree. 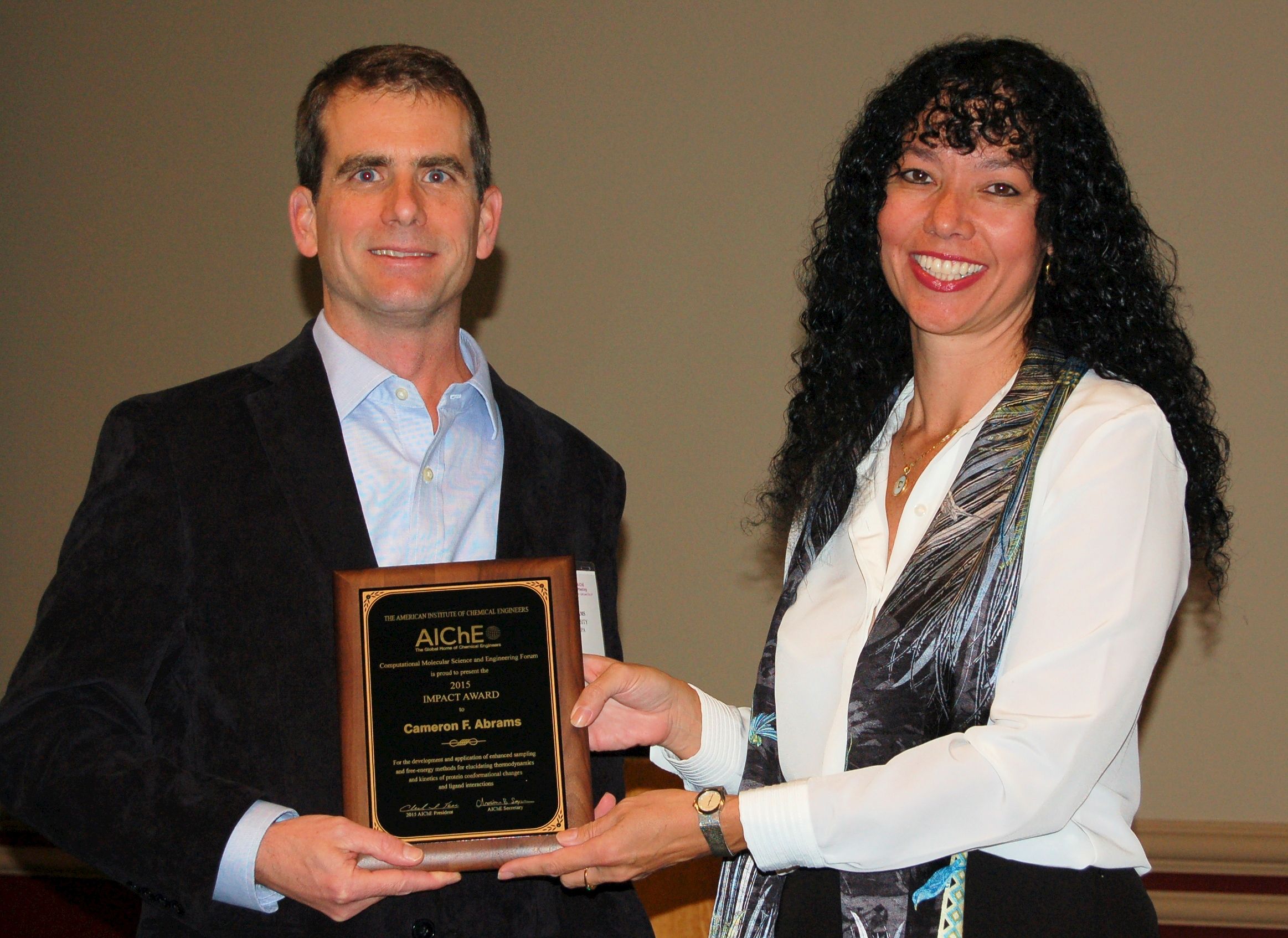