Joshua A. Anderson from the Department of Chemical Engineering at the University of Michigan is the 2015 winner of the CoMSEF Young Investigator Award. Joshua joined the Dept. of Chemical Engineering, University of Michigan, as a Senior Research Area Specialist in 2009, after obtaining his Ph.D. from the Department of Physics and Astronomy, Iowa State University and Ames Laboratory. With this award, Joshua is cited “For contributions to the development and dissemination of open source, GPU-enabled molecular simulation software, HOOMD-blue, which enables scientific computations with unprecedented speed.” Joshua received his award during the CoMSEF Plenary Session at the 2015 AIChE Annual Meeting, where he also gave a talk describing his research.

The CoMSEF Young Investigator Award for Modeling and Simulation is awarded annually to a member of CoMSEF who is within 7 years of completion of their highest degree in the year of the award. 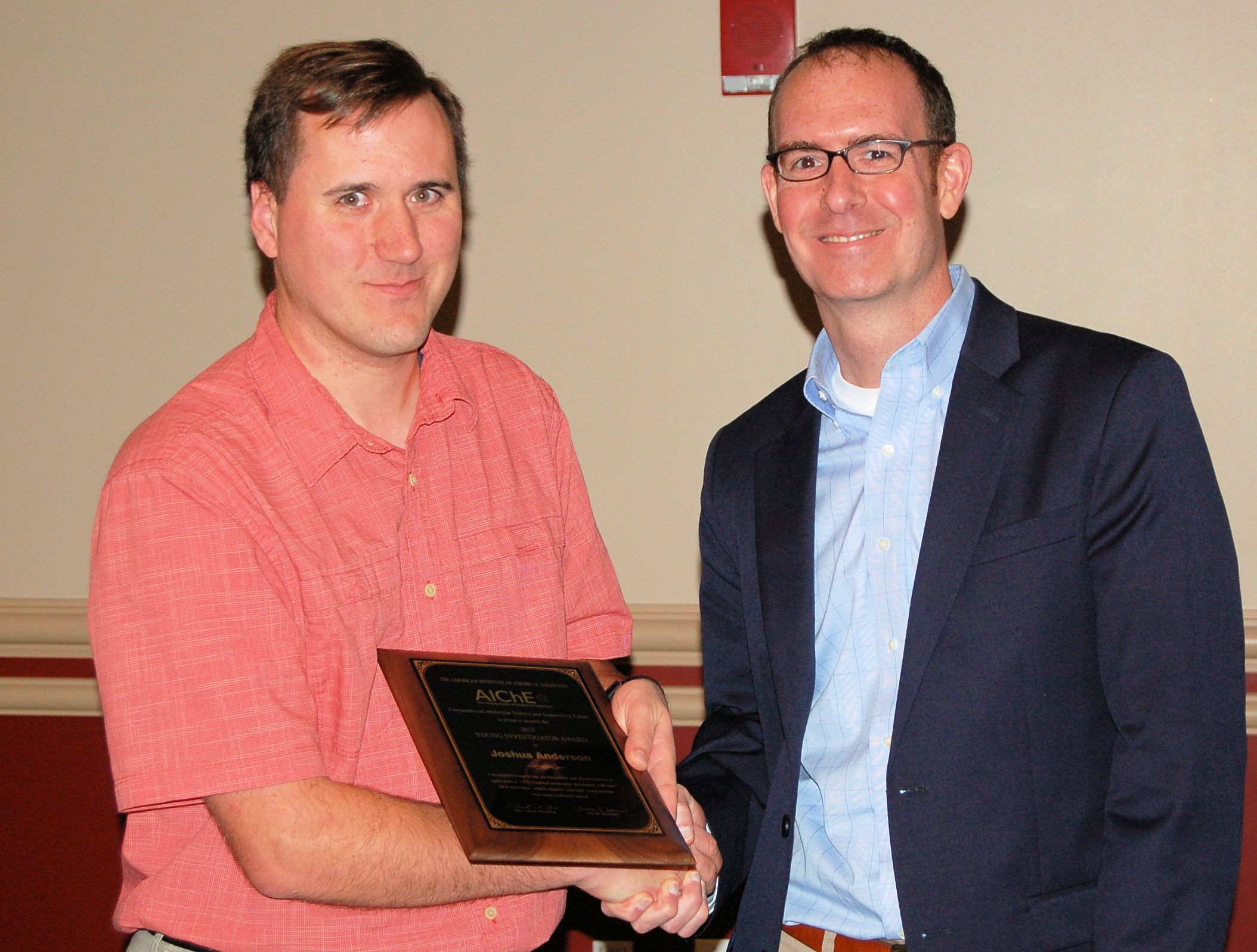