Andrew Ferguson from the Materials Science and Engineering Department at the University of Illinois at Urbana-Champaign is the 2016 winner of the CoMSEF Young Investigator Award. Andrew joined the faculty at Illinois in 2012 after a postdoc at MIT, Ph.D. from Princeton, and MEng from Imperial College London. With this award, Andrew is cited “For the development and application of statistical thermodynamics and machine learning to computational immunology and vaccine design.” Andrew received his award during the CoMSEF Plenary Session at the 2016 AIChE Annual Meeting, where he also gave a talk describing his research.

The CoMSEF Young Investigator Award for Modeling and Simulation is awarded annually to a member of CoMSEF who is within 7 years of completion of their highest degree in the year of the award. 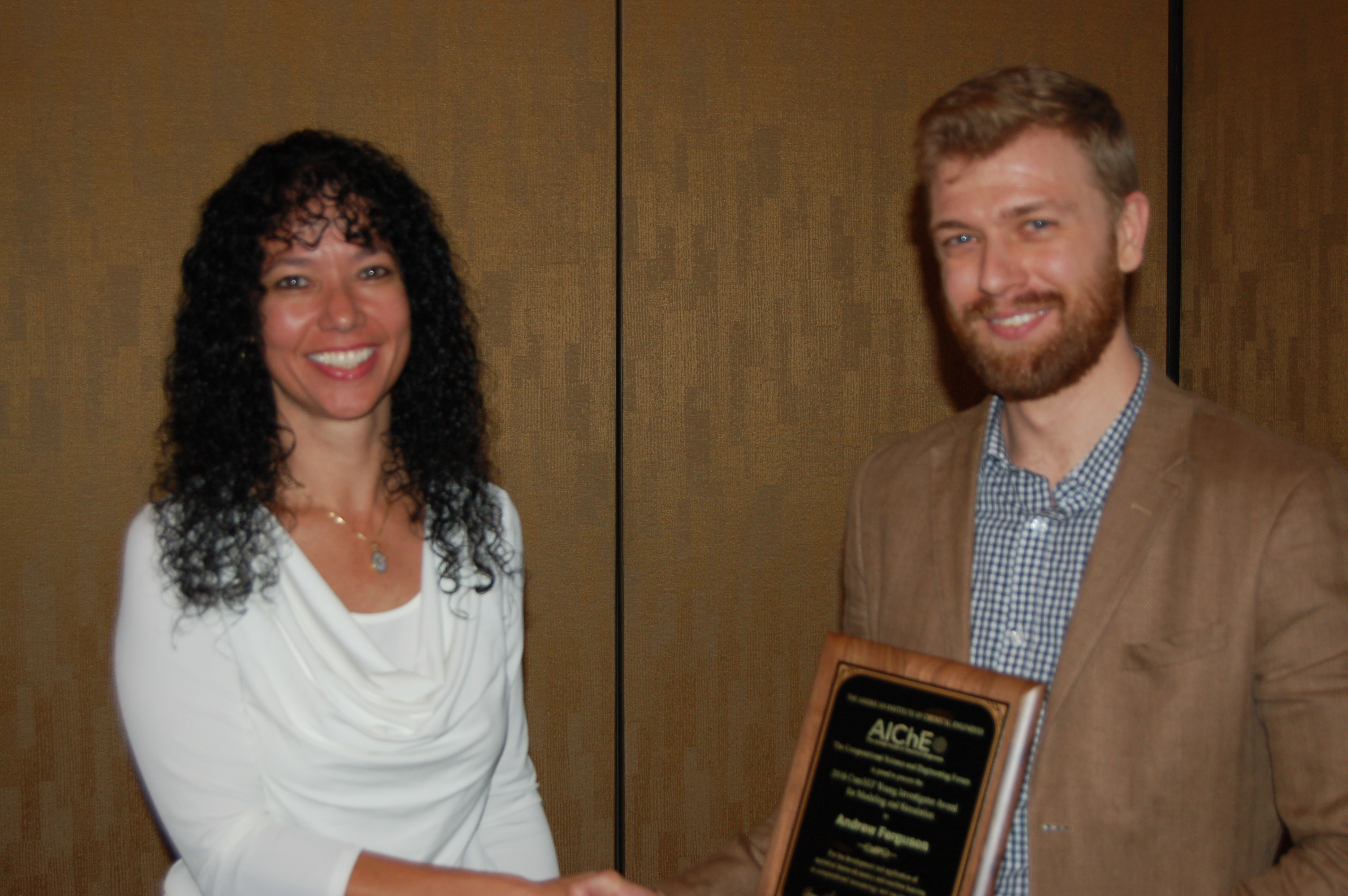