Professor Amir Haji-Akbari from the Department of Chemical Engineering at Yale University is the 2019 winner of the CoMSEF Young Investigator Award. He is cited for “his pioneering contributions to developing and utilizing advanced sampling techniques to study crystallization, including colloidal self-assembly and ice nucleation.” Prior to joining the faculty at Yale in 2017, Amir was a Postdoctoral Research Associate at Princeton University in Pablo Debenedetti’s group. Amir received his PhD in chemical engineering from the University of Michigan in Ann Arbor in 2011. Amir received his award during the CoMSEF Plenary Session at the 2019 AIChE Annual Meeting. The CoMSEF Young Investigator Award is given annually to a CoMSEF member who is within 7 years of completion of their highest degree. 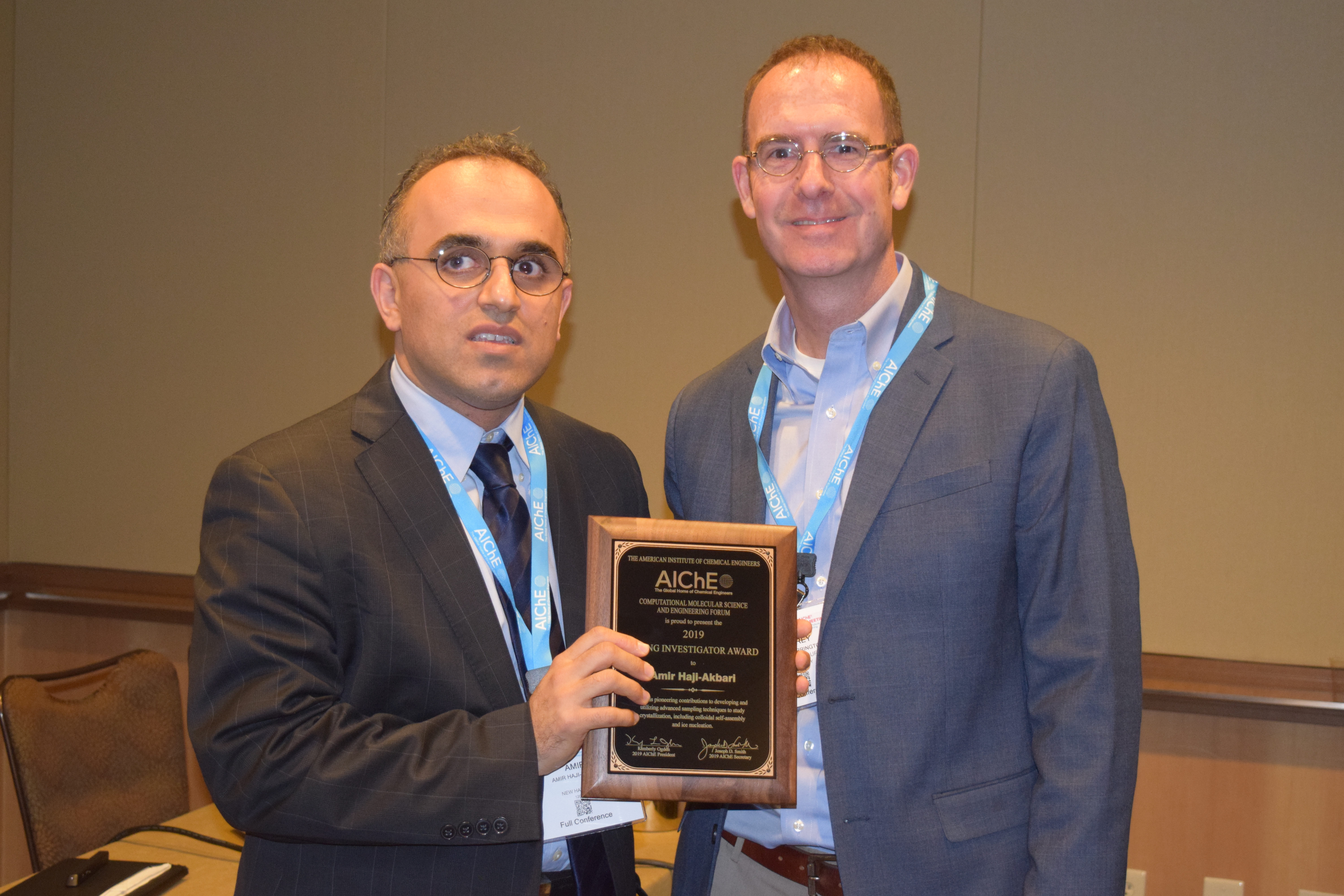