Professor Baron Peters from the Departments of Chemical Engineering and Chemistry and Biochemistry at the University of Illinois is the winner of the 2019 CoMSEF Impact Award. He is cited for “simulation techniques using special "rare events" that deepen understanding of crystal nucleation and growth, catalysis by amorphous materials, and of reactions in polar solvents.” Prior to joining the faculty at Illinois in 2019, Baron was most recently a professor of chemical engineering at the University of California, Santa Barbara (UCSB). Peters received his PhD from the University of California, Berkeley, in 2004. For his post-doctoral research, he worked with Bernhardt Trout at the Massachusetts Institute of Technology and with Berend Smit at the Centre Européen de Calcul Atomique et Moléculaire. Peters was on the chemical engineering faculty at UCSB from 2007 to 2018. Baron received his award during the CoMSEF Plenary Session at the 2019 AIChE Annual Meeting. The CoMSEF Impact Award is given annually to a CoMSEF member who is within 15 years of completion of their highest degree. 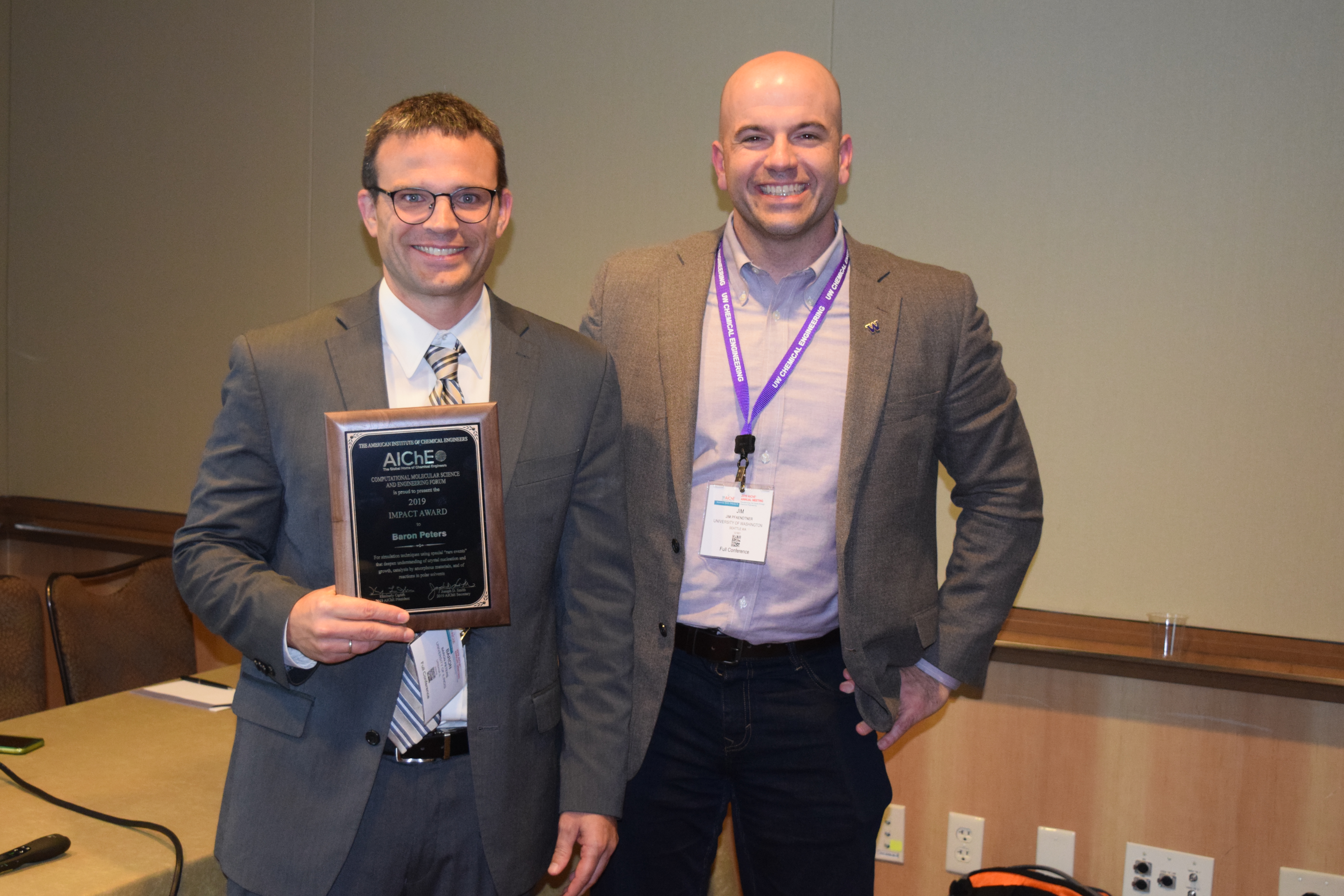