Professor M. Scott Shell from the Department of Chemical Engineering at the University of California, Santa Barbara is the winner of the 2017 CoMSEF Impact Award. He is cited, “For the development of a powerful statistical mechanical theory of coarse-graining and associated multiscale algorithms to understand complex biomolecular, liquid, and soft material systems”. Scott has been a member of the faculty at UC Santa Barbara since 2007. Prior to this appointment, he served as a postdoctoral scholar within the Department of Pharmaceutical Chemistry at UC San Francisco, completed a PhD at Princeton University, and earned a BS at Carnegie Mellon University. Scott received his award during the CoMSEF Plenary Session at the 2017 AIChE Annual Meeting, where he also delivered a presentation describing his research.

The CoMSEF Impact Award is given annually to a CoMSEF member who is within 15 years of completion of their highest degree. 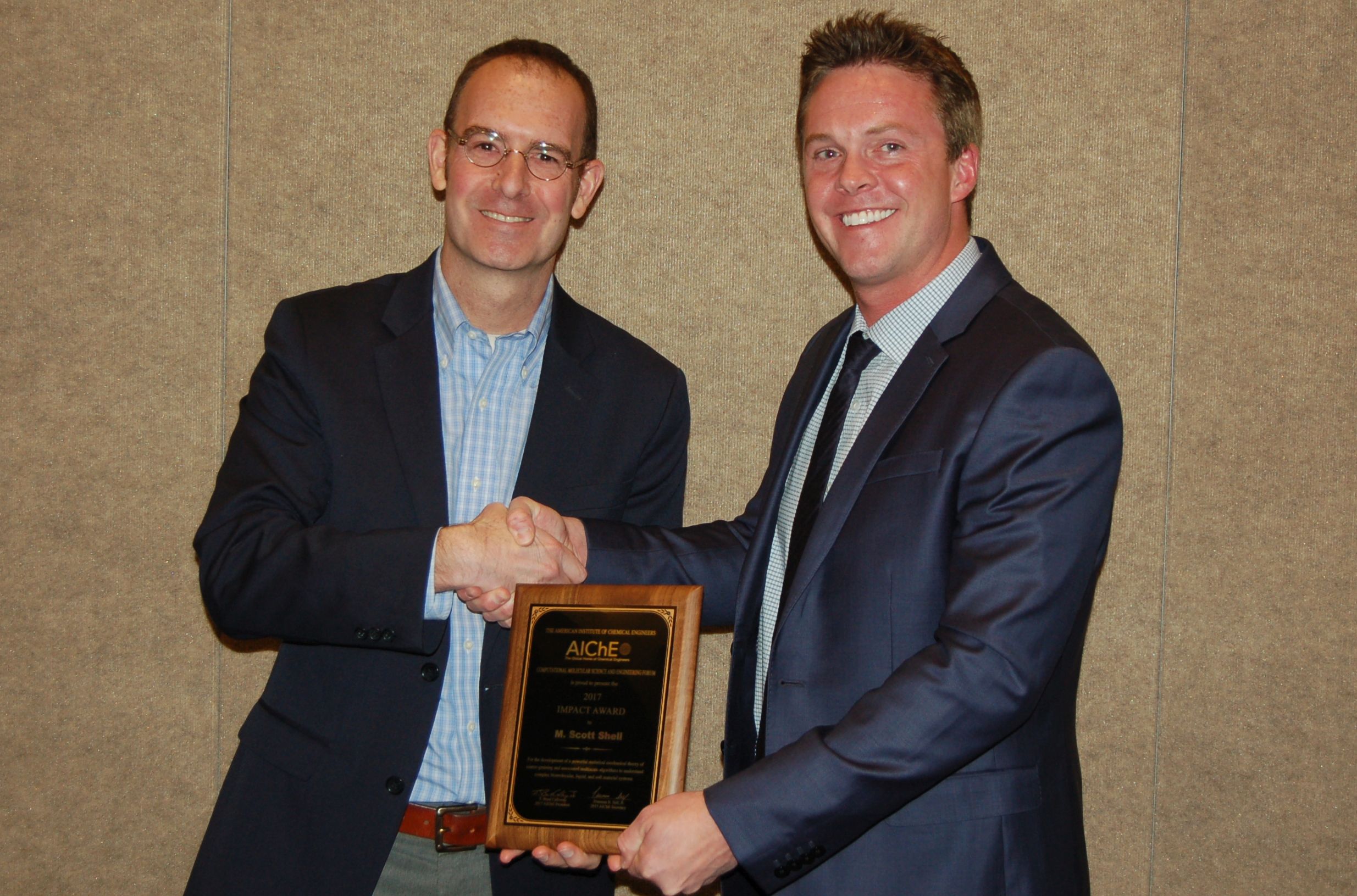