Professor Thomas Truskett from the University of Texas is the winner of the 2016 CoMSEF Impact Award, which cites his work “For creative and pioneering work elucidating how nanoscale interfaces impact structure, dynamics, and self-assembly of complex fluids and biomolecular systems.” Thomas has been on the faculty at Texas-Austin since 2002 following an NIH NRSA postdoc at California-San Francisco, PhD at Princeton, and his Bachelor at Texas.

Thomas received his award during the CoMSEF Plenary Session at the 2016 AIChE Annual Meeting, where he also gave a talk describing his research. The CoMSEF Impact Award is given annually to a CoMSEF member who is within 15 years of completion of their highest degree. 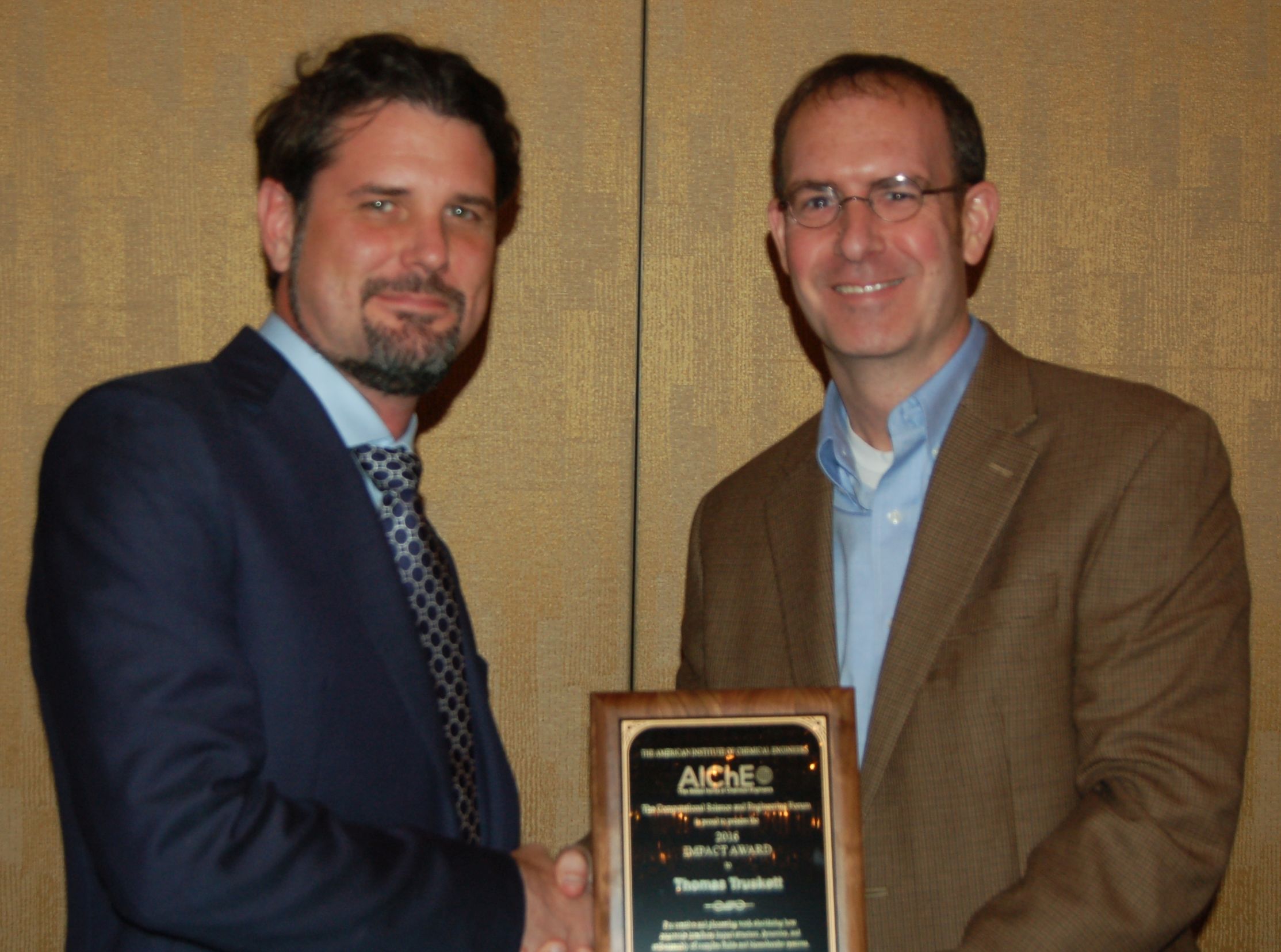