Professor Christopher E. Wilmer from the Department of Chemical and Petroleum Engineering at the University of Pittsburgh is the 2017 winner of the CoMSEF Young Investigator Award. He is cited, “For his pioneering work on generating hypothetical metal-organic frameworks, and screening them on a large-scale for energy and environmental applications”. Chris has been a member of the faculty at the University of Pittsburgh since 2014. Prior to this appointment, he served as a postdoctoral fellow within the Department of Chemistry and Chemical Biology at Harvard University, completed a PhD at Northwestern University, and earned a BASc in Engineering Science at University of Toronto. Chris received his award during the CoMSEF Plenary Session at the 2017 AIChE Annual Meeting, where he also delivered a presentation describing his research.

The CoMSEF Young Investigator Award is given annually to a CoMSEF member who is within 7 years of completion of their highest degree. 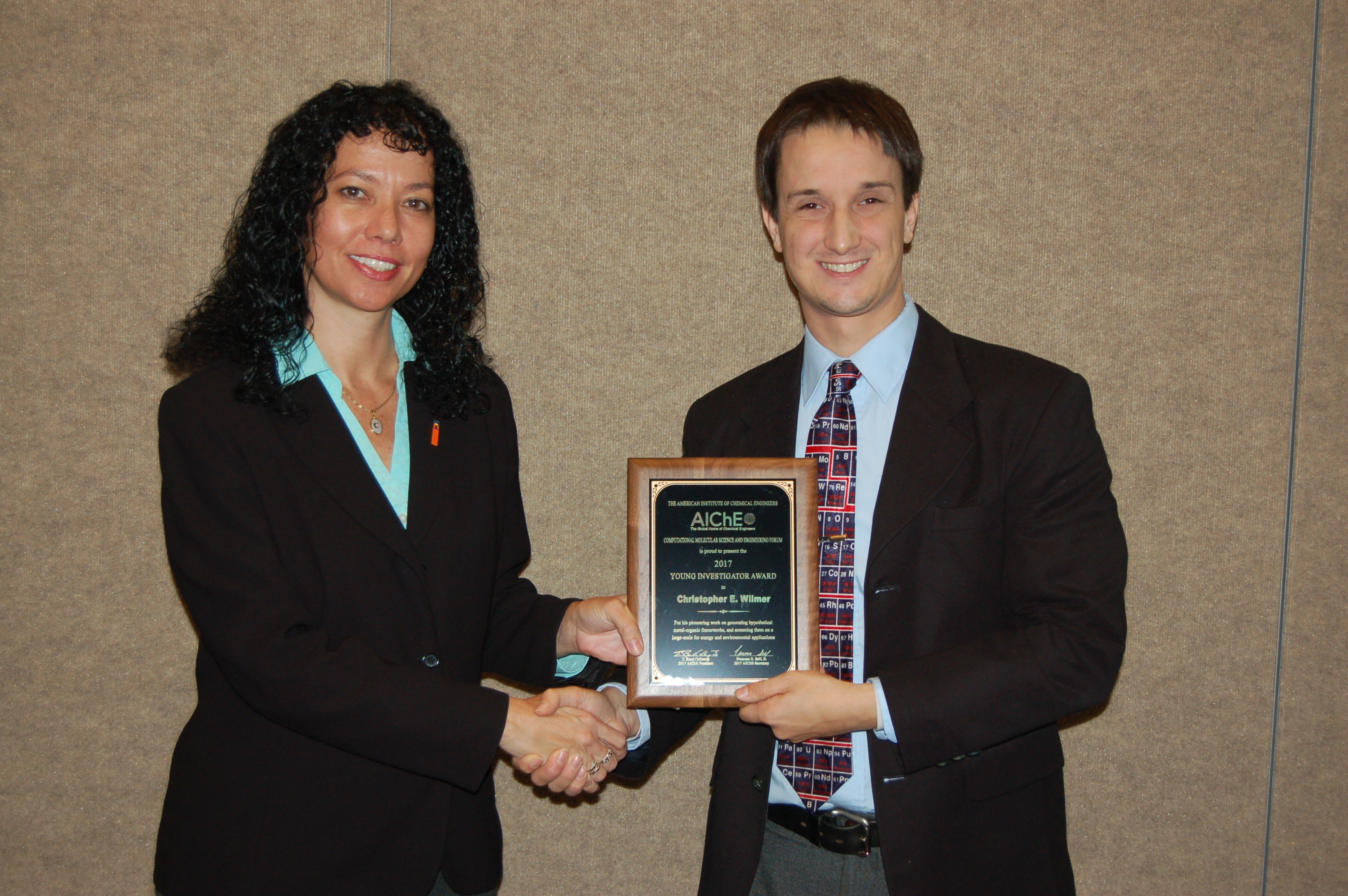